What is an ECU?

All modern cars and vans on the road today have an ECU (ENGINE CONTROL UNIT).

This Engine Control Unit can almost be described as the vehicles ‘brain’ and contains a processor that takes information from various sensors throughout the engine. Like your home PC has software (drivers) which controls the computer hardware (Graphics Card, CD Drive, Speakers etc) an ECU also has a piece of ‘software’ loaded onto it which controls the hardware components of an engine, this program is often referred to as a map. This map will measure and control information such as the engine temperature, accelerator pedal angle, fuel pressure, cam timing, boost pressure and engine speed to name a few. 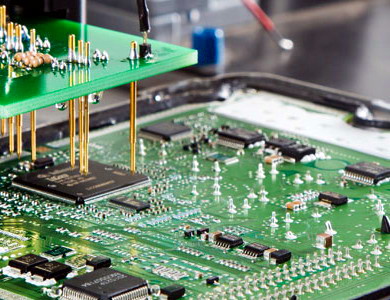 When a manufacturer develops a new car, they have to take into consideration all of the conditions it may be subjected to in all of the regions in which they intend to sell this model. In most cases, the performance of a vehicle is electronically detuned by manufacturers and a vehicle with factory settings is often far away from the engine’s true performance potential. This means instead of optimising the ECU’s ‘map’ to deliver the best performance or the most fuel efficiency they have to make compromises taking into account a number of differing operating conditions. These could include sub-standard fuel quality, extremes in temperature and altitude, differing emission laws and even the possibility that the vehicle may not be serviced on a regular basis. Manufactures are also known to deliberately limit the performance of their cars through the ECU so they can release faster/more powerful models at a later date, with just a few software changes and a much higher price tag.

By extracting the map data from the ECU, the map can be modified and reloaded to the ECU. The remapping process involves changing the parameters within the map which can include fuel pressure, boost pressure, ignition advance and throttle pedal control amongst many others to unlock the engine’s true performance. If these maps are re-calibrated correctly, the performance, drivability and efficiency of an engine can be improved. This process is called remapping.

ECU remapping is a completely safe process as it is just giving the engine the performance it should have had in the first place before all the compromises were applied to the original map. Every engine will have its own unique map and by adjusting this we can fine tune the characteristics of the engine and not only unlock more power but in many cases, improve fuel economy.

In the UK, we are fortunate to have extremely good quality fuel and a good servicing regime. We also do not have to cope with extreme environmental conditions. This allows us to tune your engine and make huge improvements without compromising reliability.

Certain vehicles offer unbelievable gains in power and torque following a remap. You may be asking yourself, how is this possible? It is now common practice for manufactures to produce one engine but offer different power options for that same engine. For example, the 2009-2012 BMW 330d produces 245hp/520nm in standard form and can be tuned to 300hp/600nm. In 2010, BMW introduced the same N5730D diesel engine from the 330d in the lower spec 325d with a detuned map offering 204hp/430nm in standard form. Therefore, a 2010-2012 325d can also be tuned to 300hp/600nm. That’s an increase of 96hp and 170nm torque! These two models have identical engines and can be tuned in exactly the same way. This is just one example of how manufactures use identical engines in different models of the same vehicle and tune them differently in order to sell a cheaper and more expensive model.

ECU remapping carries many benefits. It will not only improve the engine’s power and torque but also sharpen the throttle response and widen the power-band. This results in a smoother and more linear power delivery improving drivability. ECU remapping will often reduce fuel consumption due to the extra torque available low in the rev range. This extra torque means that you will require less throttle input to maintain speeds and allows you to drive in a higher gear at a slower speed as well as helping significantly when fully laden, towing or on gradients. The extra power and torque will also allow for safer overtaking!

ECU Remapping involves the modification of the operating parameters within the ECU’s program which is also known as the ‘map’. In most cases, the map stored within the ECU can be accessed via the on-board diagnostics port (OBD). However, in some cases the ECU has to be removed, the casing opened and specialist tools used to read the map directly from the ECU’s processing board. We adjust the parameters within the original map to safely improve the performance and efficiency of your engine.

Here are some of the parameters that are altered during a remapping process:

The time taken to complete a remap will vary depending on the vehicle. In most cases the process can be done in one to two hours. We store the original map file on our server and can restore your ECU to its original format at any time.

At EPR Tuning we offer 4 months 0% interest on all our services including ECU Remapping. That means you are only required to pay 25% of the total bill on the day the job is carried out followed by 3 x equal monthly payments.

All you need is a valid debit card from which the payments can be taken.

Get in touch for more info
Close
We use cookies to ensure that we give you the best experience on our website. If you continue to use this site we will assume that you are happy with it.Ok